A paper published in 1996 by Steffen and DeMaria:

after measuring Heat fluxes over Barrow Strait  Nunavut Canada within sea ice and upwards in 1980, this paper basically demonstrates how much energy can be unleashed if the sea ice becomes thinner,  in effect about 4 times more heat is dissipated to the atmosphere if sea ice is 32 cm instead of 1.1 meters thick. 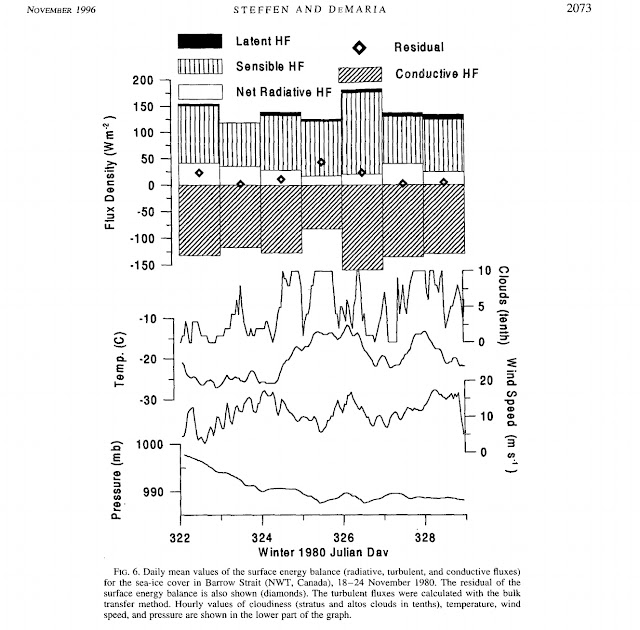 It is the mark of thin Ice to give off more sensible heat.  By conduction and convection at the surface to air interface.    Thus it was November 1980 just South of Cornwallis Island.  Refraction wise, this is seen by a lower horizon.  An impressive mean of 129 W/m2 dissipates upwards. 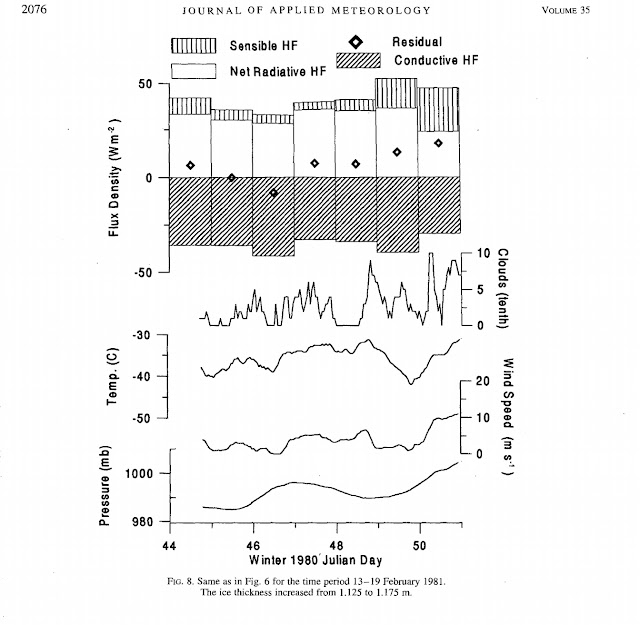 Radiative heat flux takes over as the main dissipation thermal system as sea ice became thicker,  now some 1.1 meters,  3 months worth of pre 1998 normal cold during the long night of 1980-81.  Insulation from accretion makes it so.   But only 36 W/m2 towards space,  drastically less than 3 months earlier.   All the data from this paper mainly was but in pure darkness  with very low negligible sunlight in February and November.

When the lower Arctic troposphere warms, the entire Upper air profile changes.  So is the natural way of Atmospheric Physics: