"Because of overwhelming refraction heat signals, 2015 will be warmest year in Northern Hemisphere history - by a significantly larger margin than 2014. No High Arctic observations over Cornwallis Island gave a consistent sign of cooling, despite being right near center of coldest atmosphere in the world. This forecast is not at all counting on El-Nino rising again, which undoubtedly guaranties more heat." 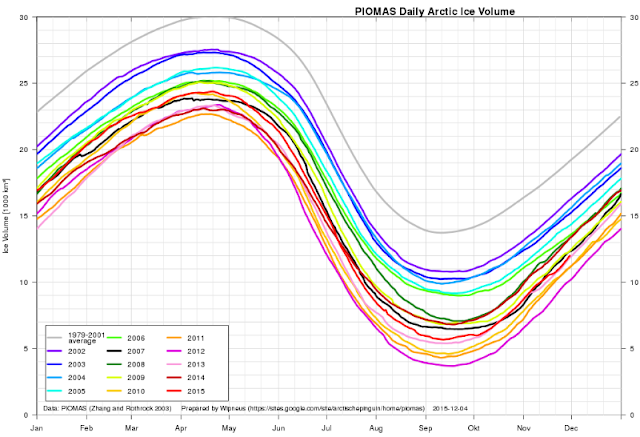