Back to water..... That just melted "goodbye" wave look 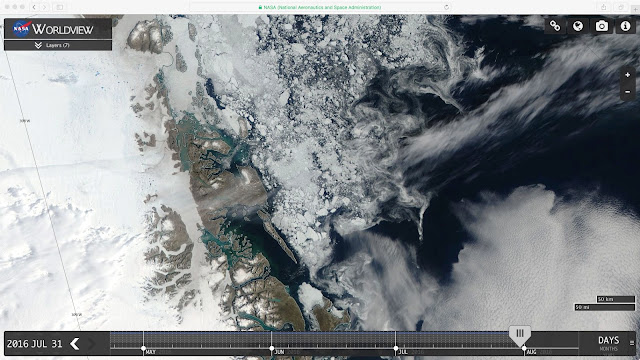 At extremes of the great Fram Strait melting zone lies the last remnants of sea ice,  whose physical nature really becomes elastic, from solid to slush/rubber to water.  It is a sight everywhere sea ice melts.  In this frame, present Cirrus clouds may be confused with melting sea ice.


Even North of Beaufort Sea: 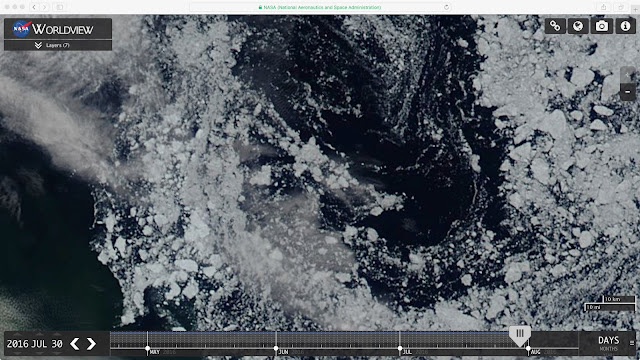 Its melting North of Beaufort very fast.  But just before disappearing,  sea ice takes the shape of waves not so dictated by being very rigid,  these waves are water in transition from appearing solid white to dark liquid.  Each melt region has different melt transition characteristics.  Which is of course as individualistic of the geophysical features about.WDJuly31, 2016