The case for Invisible Arctic clouds

~Following a long series of particularly unexplainable refraction variations,  one culprit was no less  clear air water vapor and lower altitude ice crystals (specific from various geometric species).  They may not be seen,  but rival long wave feedbacks similar to  clouds physics.

The first thing in identifying the effects of invisible clear air moisture is to describe what happens when the High Arctic is cloudy:

March 5, 2018.  We observe the sea ice horizon fading by the arrival of Stratocumulus clouds 4300 feet high eventually covering the sky.   On this day with overcast conditions, precipitable water of the entire air column was a mere 1.44 mm.  In the Arctic,  cloudy conditions may occur with very little precipitable water (pw) .  During winter,  precipitable water  in the High Arctic seldom exceeds 3 mm,  more often  between 1.0 and 2.0 mm during clear sky conditions or not.   Hinting the great possibility of invisible clouds,  with moisture formations giving surface based long wave radiation variations similar to when cloudy.   In the photo above,  the sea ice horizon was 2.3 arc minutes above astronomical horizon before overcast conditions occurred.   It is common to loose the visual sea horizon when the sky is overcast with low clouds,  at times it is measurable.  When able to do so ,  the horizon can be very near the Astronomical Horizon altitude.

Further examples abound:   January 26 2018 had very low overcast conditions,  pw was 2.10 mm,  on the 24th same month 300 feet stratus near overcast skies had a pw column of 1.18 mm,  on the 12th of January various altitude clouds were part of 1.48 mm pw. On Feb 12, 2018 0.85 mm with alto cumulus dominating overcast.  When mid air winds are not so strong, spontaneous cloud formations can also be seen throughout winter,  sometimes appearing and disappearing within a few hours,   this is not an often quoted meteorological process,  but it can be said that the cloud may revert to invisible or visible mode.

On many observed occasions,  horizon heights defied logic,  sometimes higher or lower  than would be expected given nearly identical meteorological conditions from one day to the next.  But First Melt 2018 might have exposed  one secret player for all of us to consider.  First Melt is a horizon event marking the return of sea horizon elevation to Astronomical Horizon.  Implying
T*** = Ts,  top of snow (ice) temperature is equal to surface air temperature: 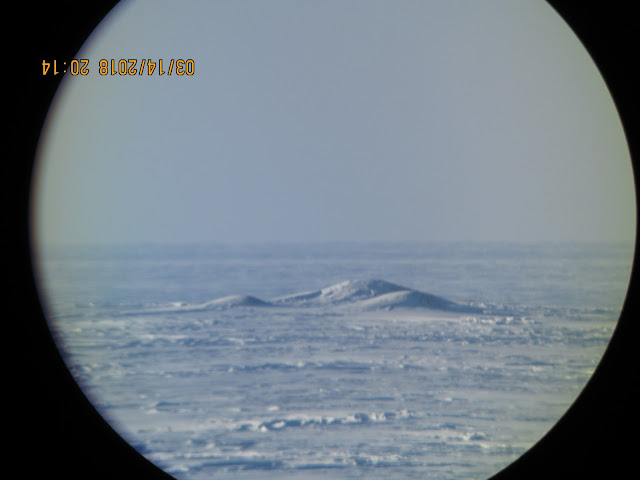 Note the March 14 horizon sky,  it is whitish by local smog,  but the sea ice is at astronomical horizon height.  First Melt came early with surface temperatures below -40 C,   otherwise suggesting dry air, but that may be a bit misleading. It was the coldest day of winter with tropopause height below 500 mb!  Of course the stratosphere above the troposphere is almost always devoid of moisture, as happening here,   the entire 0.66 mm precipitable column was found compressed between surface and 590 mb: 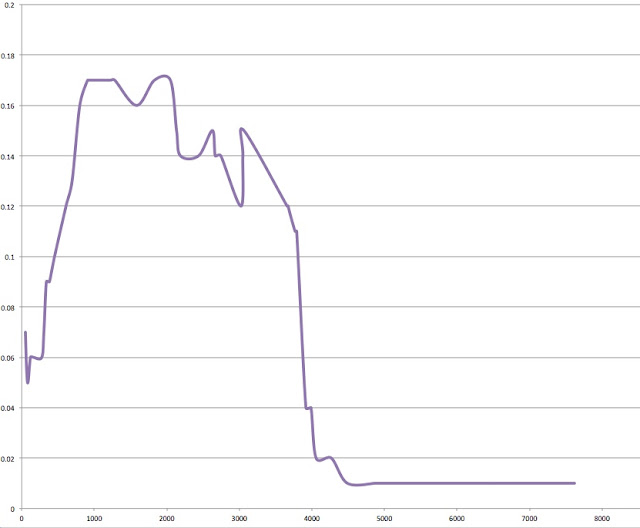 First Melt is an event caused by top of sea ice temperature equal to surface air,  for March 14 event to have happened,  it was necessary for thin sea ice to be present,  because thin sea ice has more potential  heat to compensate for extreme cold air,   very frozen air  cooling top of sea ice tends to be cancelled by the heat of the ocean,  but on this afternoon,   the sun's short wave radiation stopped sea ice top from cooling,  in fact was warming it along with the air at its interface.

With much thicker sea ice the equation of winter would be more often: T*** < Ts,  causing  strong inversions since thicker sea ice insulates the warming from -1.8 C sea water.

If it was only thin ice causing  First Melt to be early,   identical sun rays at equal or coming from higher point in the sky would continue giving a daily drop to Astronomical Horizon after local apparent noon for days to come,   that was not so,  next  clear days had it slightly or much higher horizons: 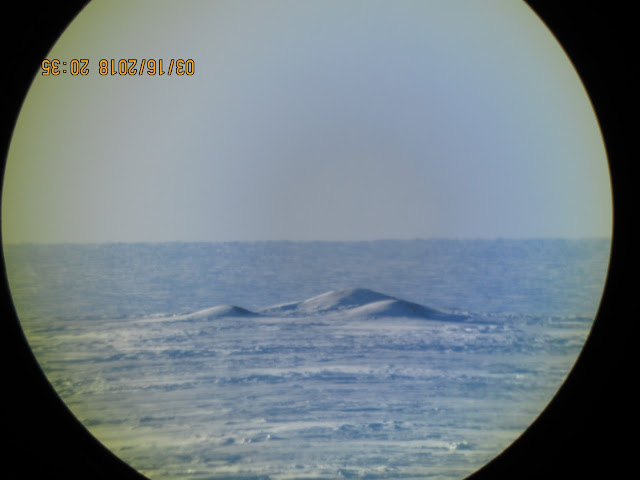 March 16 2918,  with 11.5 degrees sun elevation as opposed to 11.4 for the same spot 2 days ago,  gave a dramatically higher horizon elevation,  nearly 1 arc minutes higher.  Same sun elevation,  same sea ice with identical snow with no major weather event in between,  however  different horizon height??  You have noticed correctly a bluer sky  captured with identical equipment as for March 14 picture, there was a lesser local upper inversion preventing smoke from scattering,    it was also 6 degrees C warmer.    March 14 picture had highly compacted moisture but very little  as opposed to March 16: 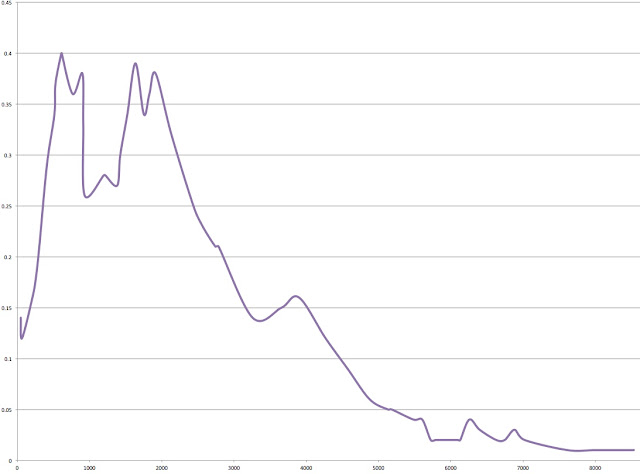 March 16 2018 tropopause was much higher than March 14,  with moisture more scattered throughout its upper air profile till the tropopause.  This suggests  double the precipitable water  has had an effect on the altitude of the sea ice horizon,  which it possibly had,  the air on First Melt day was very dry,  this allowed more Short Wave through,  called solar forcing .

The over all impact of clear air moisture ,  its contribution to long wave radiation deflections may be small to important,   however it can be measured even while not observing refraction effects. Top of snow temperature layer minus surface temperatures may dramatically vary day to day without any clouds.  While precluding windy days,  there are several examples of unexplainable variations of refraction and snow temperatures during clear air conditions,  only plausible with the presence of clouds.

Invisible clouds were first suspected by strange refraction observation variations eventually confirmed by correct top of snow and surface air observations.  An overcast with low clouds day can have top of snow temperatures always very close or equal to surface air temperatures.  When not cloudy,  with dominant  clear skies,  top snow layer may be persistently equal to Ts  as well,  even during the presence of the sun going up and down.   Refraction observations obtained similar horizon heights  as with extensive cloud coverage or with clear skies,  in both instances an indication of a long wave feedback system,  sometimes with bounce back points easily conclusive,  sometimes not.  If all air moisture wasn't invisible I would write about their geometry.  At any rate,  we do have many examples of observed days with T***=Ts with very few clouds or none at all,