Russian sector of the North Pole had clearly a net expansion of extent,  but not because it was freezing,  much rather from the poor condition of extremely thinned breaking up sea ice.   All while there was melting.  So it is very difficult to judge either how fast the melting is unless dispersion is taken into account.    The other way to judge is by Goodbye Waves: 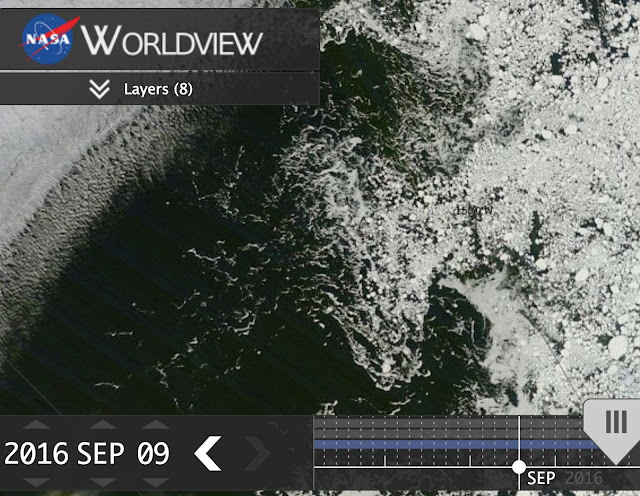 Dispersing more rapidly Goodbye Waves are a sign of melting amongst winds and currents.   Judging melting correctly would be to factor in,  not exclude by an arbitrary rule,  every parcel of open water and sea ice as accurately as possible.   WD Sep 9,2016
Posted by EH2R at 11:25 AM