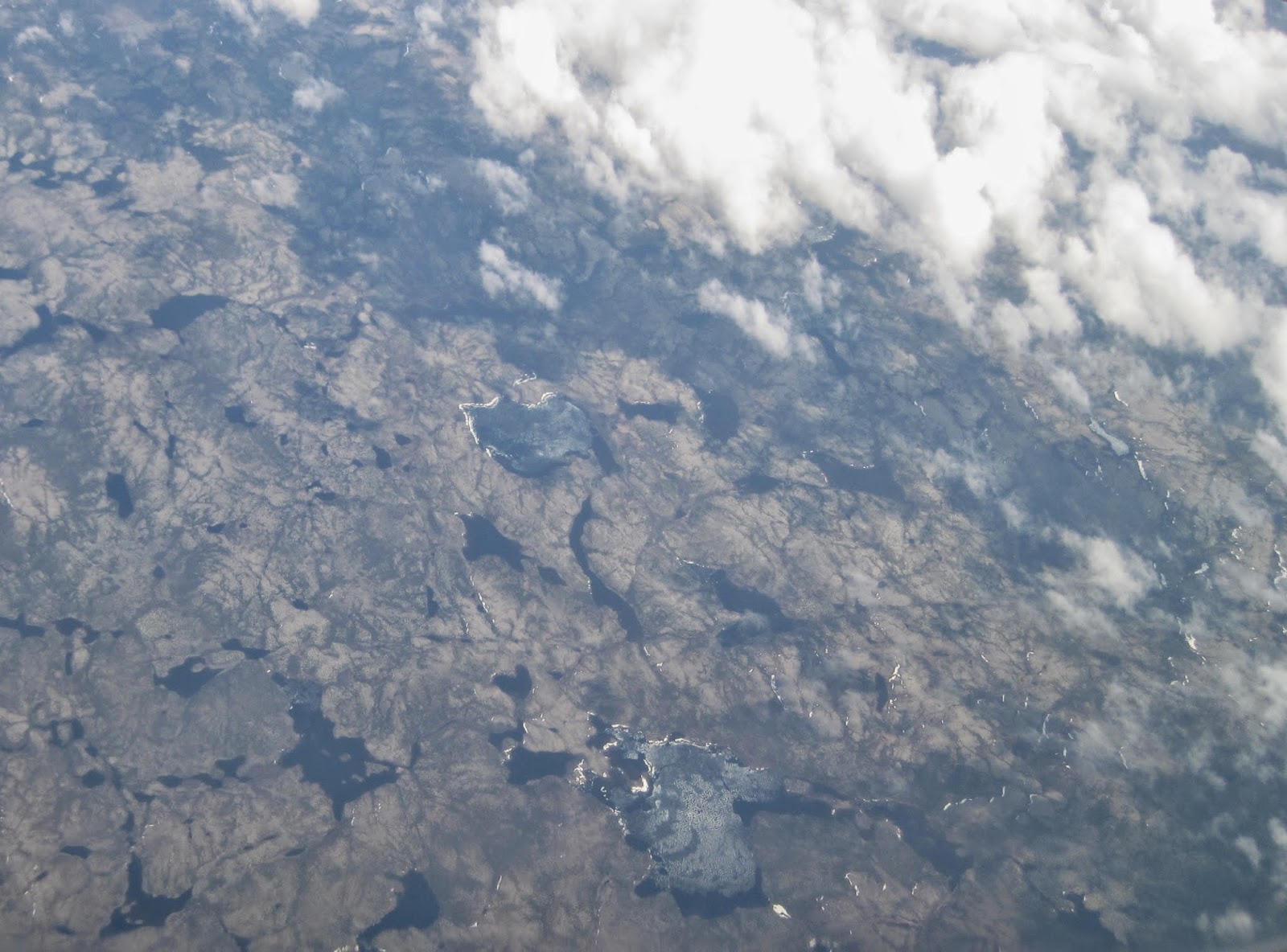 June 1 Northern Quebec Picture.  Note the lakes which are mostly frozen are the biggest ones, the land lost its snow carpet.  All seems to be normal.  Except here in this single picture we can see all sea ice melting processing in one swift glance.    First the land,  which like Siberia or Northern Canada,
sea ice does not melt first, but rather the snow over land.  But here is the kicker, it is a common misconception to believe that land heat capacity is greatest,  not so,  it is lesser compared to water and ice.   Heat capacity of land is twice as less than ice,  yet the snow is mostly all gone.    For every 2 joules of heat gained by land gives  about 2 C of temperature increase.  While the same 2 joules raises ice temperature by 1 C.  The heat capacity differences of each physical feature explain this picture. But there is more,  the smaller lakes lost their ice first,  as opposed to the bigger ones.  Again land dominates the smaller bodies of water, either by shedding comparatively more snow melt water or their land spread dominance creates greater surface temperatures than at the middle of a big lake; 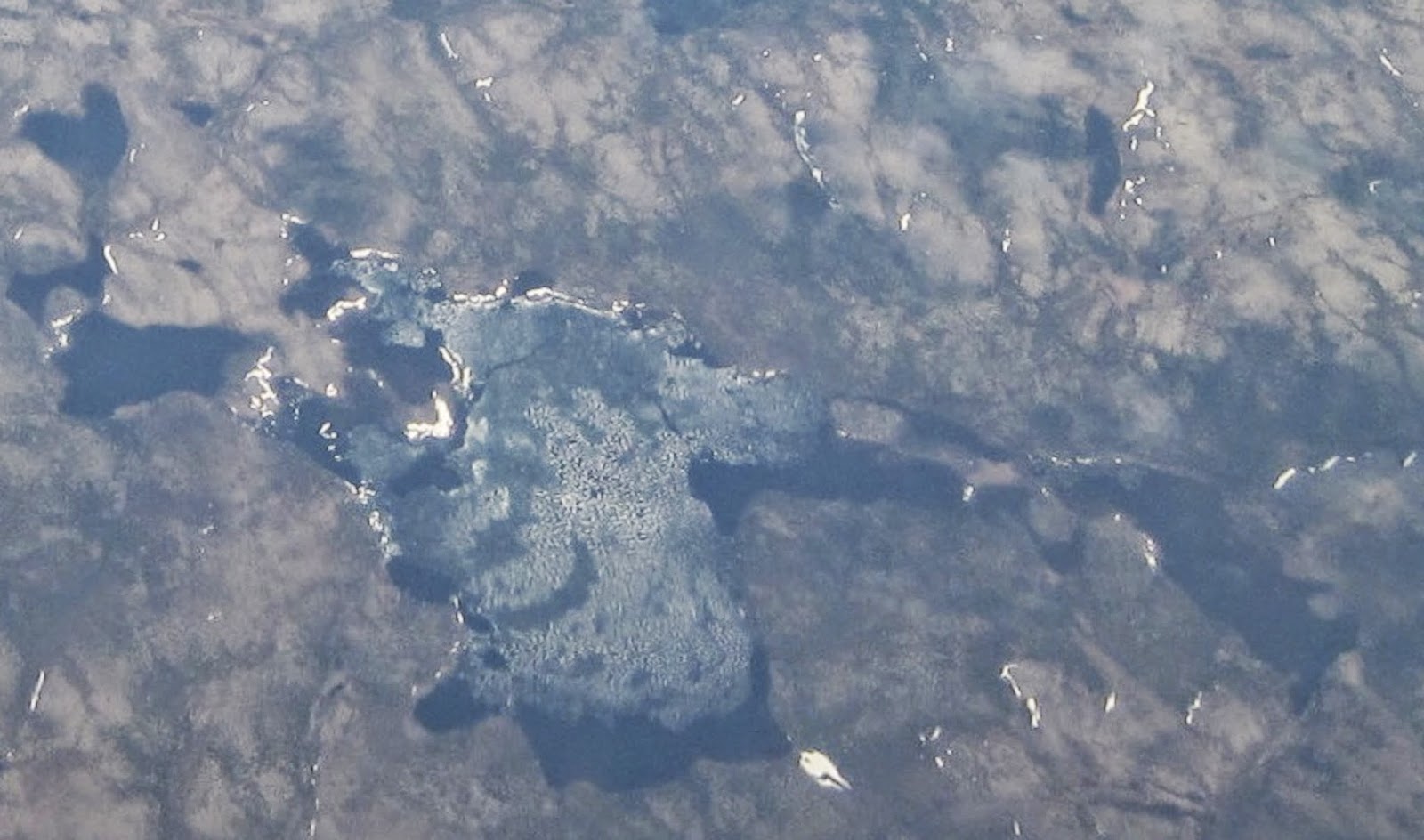 A large lake  coincidentally looking like the Arctic Ocean,  has exactly the same melt features as during later summer over the Arctic Ocean.  There are melt ponds.  But these go along with the shorelines broken from their bonds of ice.  The ice appears also shattered and in new packs,  the smaller bits will last not long enough to look like sea ice pancakes.  But the shores melt first not the lake centre,  which has its own micro climate spreading outwards. 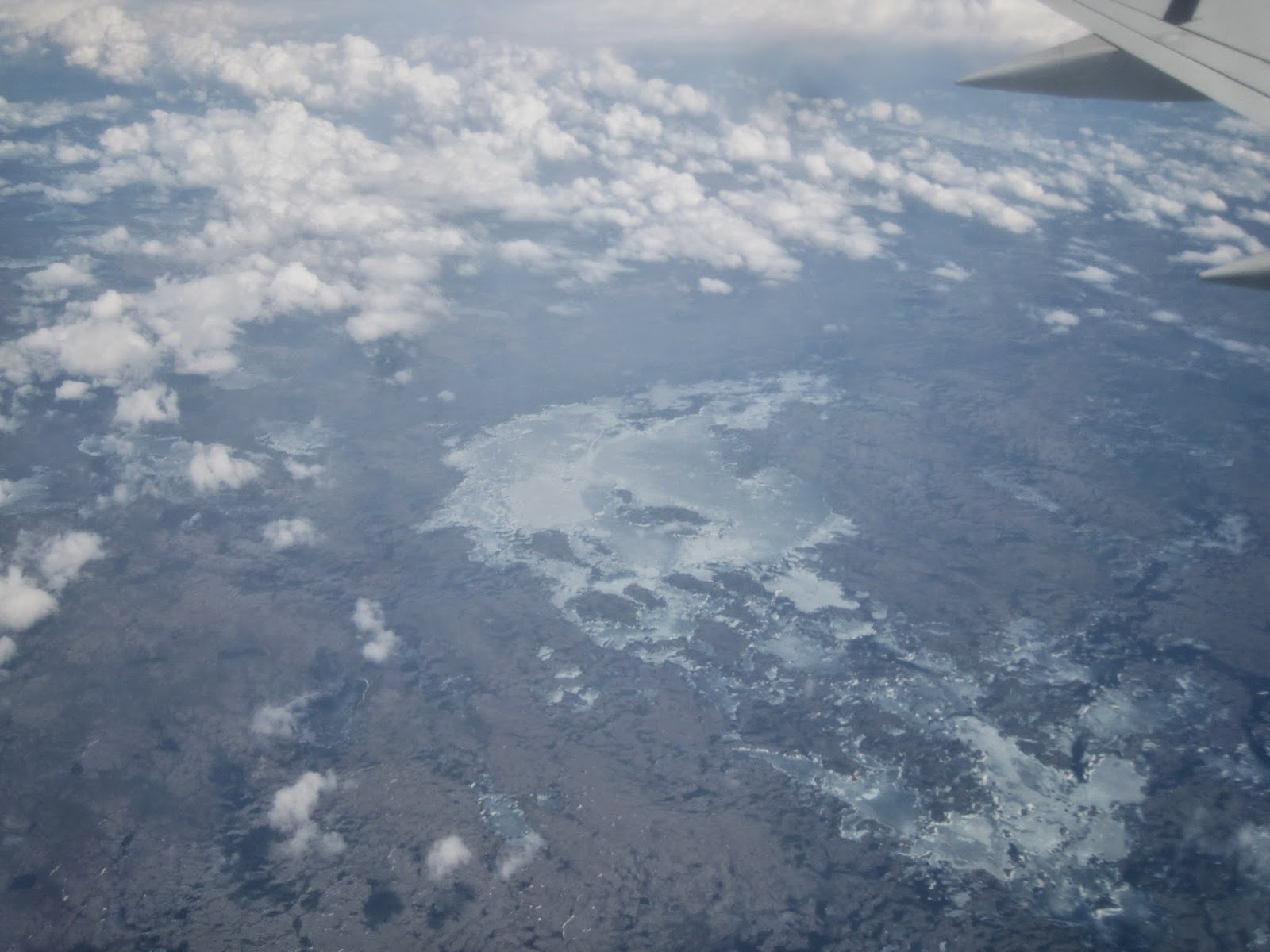 Further to the South, an even bigger lake shows watershed on its surface,  causing different albedo properties.  Even sturdy and massive this ice end is nigh, for now,  the shores are not open, it is massive, its micro climate is so much bigger than the lake looking like the Arctic Ocean,  that its influencing neighbouring region making adjoining smaller lakes  still frozen .  We have here a good example of climates to come,  a much wider open Arctic ocean influences a huge Hemispherical chunk of planet Earth.  If it is all frozen up during summer the planet remains cooler,  but if vast segments of its extent are open water,  the lands next to it warm, and the lands next to the warmed lands warm further.  But ice,  consolidated, thick and white is like a single sunlight reflector.  If lake ice nowhere as thick as sea ice has a local significant impact, sea ice influences weather worldwide.  Ice is like an entity,    part of our climate system.  Once gone so goes cooling.   We know ice does not melt completely unless surrounded by heat,  from bottom, then from sides and finally top.    The weighted temperature of the ice column  must be colder than its surroundings for it to exist.  wd June 2,2014