~Vertical sun disks in the middle of the pack,  analyzing a much weakened out of normal position Cold Temperature North Pole

Since 2016,  the year with the warmest El-Nino in history,  everything was changed further, culminating to Nothing: 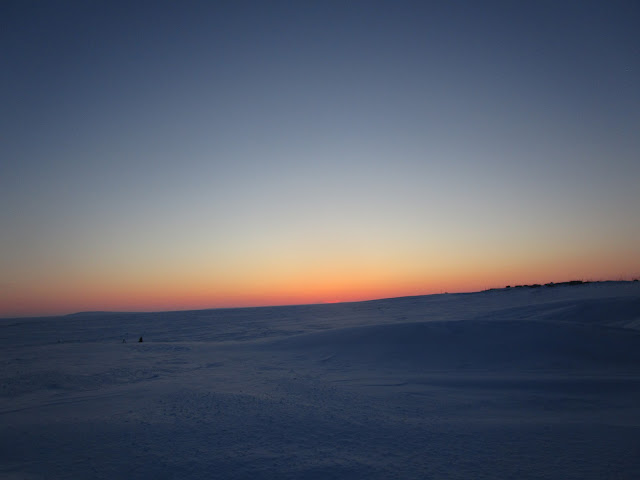 No streaks,  pure molecular air,  a sure sign of de-pollution and especially La-Nina,  no evidence of cloud seeding high clouds,  nothing again and again: 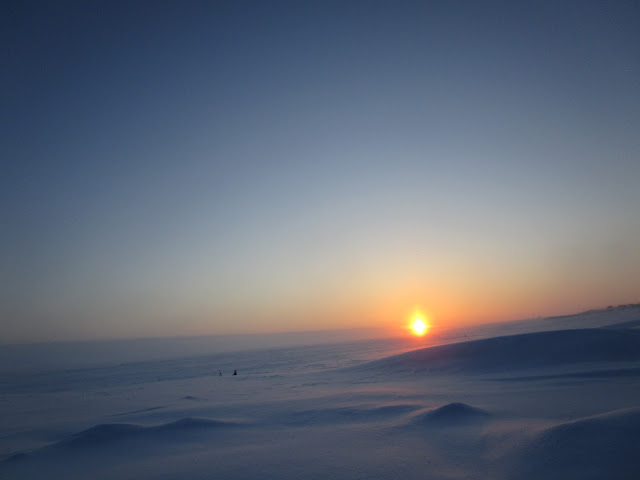 5 days later April 20 2021,  a totally clear high altitude sky,  sure sign there was or  is a raging La-Nina,  but look at the ground,  with a near record snow cover.  It was cloudy of course, much cloudier than a usual La-Nina spring,  but this snow comes from another sea surface, almost inclusively from  the North Pacific: 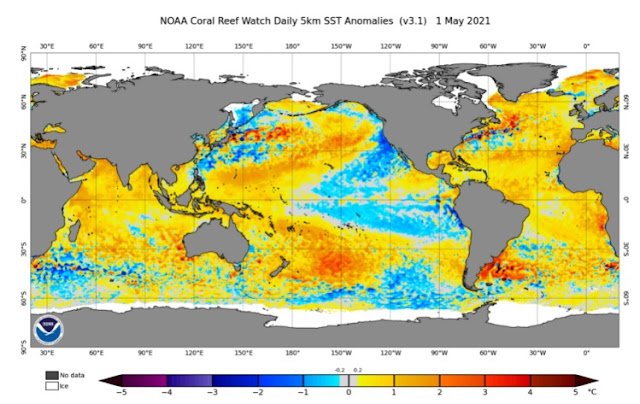 Impressive North Pacific high temperature blob anomaly,  currently survives the strongest La-Nina since 2016.  The main difference between a North Pacific warm SST and El-Nino  are the clouds, the Tropical Cumulonimbus are incomparable in height and duration,  they fuel the lower stratosphere with cloud seeds,  which go all over the world.  However, a North Pacific cyclone system has considerable moisture,  which during especially during Arctic fall-winter-spring,  turns to snow.
Given that I estimate a very much diminished Polar Vortex (P.V.),  despite La-Nina,  the course of things can be a bit strange.  North Americas main moisture source will come from the Northwest for the earlier part of summer.  Leaving the greater portion of the continent only changeable by synoptic weather,  no longer in the grip of the P.V. sphere of influence.
Vertical Sun disks; what is the score?
The vertical sun diameter is a giant thermometer,  taken at the right elevation ,  it purely reveals the temperature of the entire atmosphere.  Since 2016,  another shocking turn occurred,  the disks shrank
despite much warmed world temperatures.  That is because the center of the Polar Vortex,  at its heart, is the Cold Temperature North Pole (CTNP).  since 2016,  the spring CTNP remained steadier over  the Arctic archipelago,  as opposed to the past when it was further South.  The pre 2016 CTNP was found mainly to the South of the Canadian Archipelago,  with a slow move Northwards,  culminating at Northern Ellesmere Island by mid spring,  vertical sun disk dimensions traditionally reflected this movement.  With disks usually bigger in late winter,  then shrinking as the sun rose,  because I was eventually measuring the CTNP from within.  It was not unusual for late spring measurements to have the smallest vertical sun disks.  All this changed after 2016, when  I strangely measured smaller disk diameters for a greater portion of time,  almost all the way to spring end. This made the average vertical sun disk measurements at all time lows since 2001.  In effect skewing its predictive powers,  which made it easy to predict the year end Global Temperature results.
Now I keep in mind the location of the CTNP,  which this season was mainly to the North, or at various apparently random locations,  a sure sign that the Vortex has left or has become severely weakened and or shrunken.  With this in mind here are the results:
ranking,    year,    #1 average maximas*

*Of 12 decimal levels,  from -1 degrees  to 10 degrees astronomical elevation
2021 has jumped above the last few years bottom trending to mid pack,  10th place, with 6 average decimal elevations being at all time maximum.  From more than 420 measurements,  taken not often from the CTNP center.   Sun disk  ENSO projection  has been completely muddled by the North Pacific blob sst,  although there is still a correlation,   the measurements of this seasons sun disk coincide with the last phases of a modest La-Nina lasting 7 months,  as long and and in a similar period to 2017-18,  the difference being the observation position mostly away from the Polar Vortex center.  A greater number of sun disk diameter expansions was expected because of very warm surface temperatures,  but the Upper Air still was more normally cold.
Global Temperatures
Past measurements of sun diameters were sufficient to predict the annual average temperature of the Northern Hemisphere, but the continuous climatic repositioning to the CTNP makes it more difficult to do so.  But the frequent repositions onto itself is a predictor.  As posited on previous general description article,  the P.V. has been consistently way North its usual locations.  There is no way to have winter reformed in the middle of May.  Therefore this high latitude CTNP in late spring means only one thing,  extremely warm temperatures for most of North America,  with rain for Alaskan coast (seasonal temperatures).
Arctic Sea Ice
There was another astounding event coinciding with the warmer surface  temperatures,  April 2021 will be on top of the list for the warmest April in Canadian Arctic  history.  At present, Arctic sea ice thickness is locally very thin (middle of Canadian Arctic archipelago), likely all time thinnest.  Therefore,  it is easy to surmise, an early collapse and total melt devastation of sea ice,  but not so fast,  North Pacific moisture will bring more rain to the Arctic and of course greater cloudiness.  The question is whether rain can do in sea ice as fast as the very hot sun?  Is a good one,  we shall see.  But I think the NE passage will still open before the NW by a few days.    Over the Arctic basin,  its again a question of clouds,  this time with less rain,  so I predict (as a measure to see if I understand the geophysics) 2021 sea ice minima slightly smaller than 2012.
Another fact to keep in mind is top of sea ice (implies snow layer as well) ,  never warmed to same temperature as surface air until April 30 (the latest since observations began in 2010).  This can be optically seen,  if the surface air is always warmer than top of sea ice,  the "first melt"  observation can never be made.  First melt is optically   determined when the top of sea ice temperature is the same as the air immediately adjoining.    Every other year had thicker  or much thicker sea ice.  This late f.m. date is understandable considering the current greater snow insulation cover.  It stops the further warming of more exposed top of sea ice.    Thus extreme snow cover will again tend to complicate prediction models.

March 21 2012 First melt (left),  while a bit later sea ice horizon rises.  The earlier the first melt the worse the coming melting season,  it was once thought,  but now extreme snow cover implies the very opposite but with the same devastating summer melt.

With thicker sea ice , and colder (note the April 11  -31.2 C)  clear weather,  it was possible to reach "first melt" elevation level on April 15 (right ) .  When this occurs there is a thermal balance between top of sea ice and the air right above,  the sea ice horizon becomes the astronomical horizon.
In summary ,  end of spring and summer 2021 will be hot,  because the Polar Vortex lost its cold air grandeur. The Global circulation will tend to be stagnant,  favoring weather moved by a much lesser temperature differential,  with no significant Polar driven circulation movement until October.  WD May 2, 2021