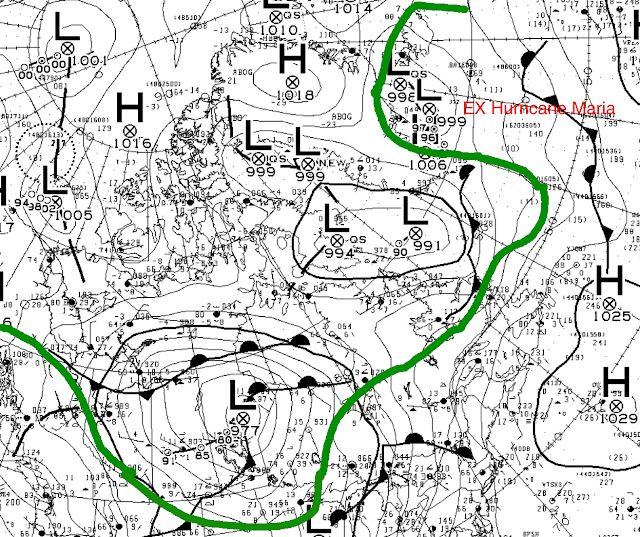 Note the regular feature of Jet stream (drawn green)  on this CMC Oct 7, 2017 1800 UTC surface analysis chart.   It contours the Southern part of Cyclones,  this is a normal for the Polar jet stream ,  except for where a peculiar  Cyclone  near south east Greenland (ex hurricane Maria) seems to push the jet to the Northwards,  the jet contours the Cyclone very unusually.  It seems being more like an anticyclone .WD Oct7, 2017
Posted by EH2R at 12:37 AM