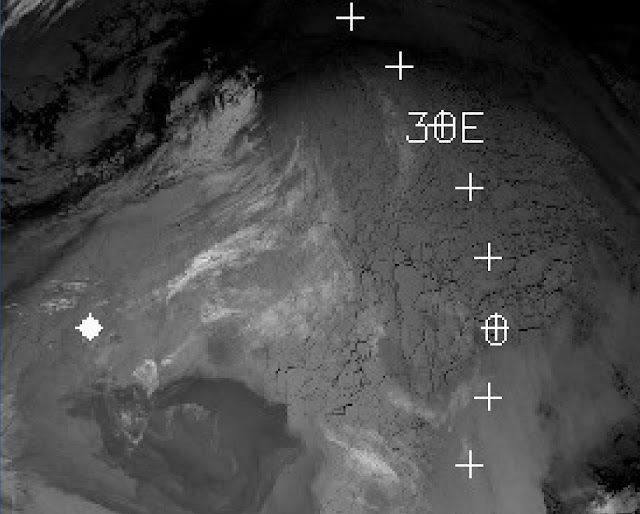 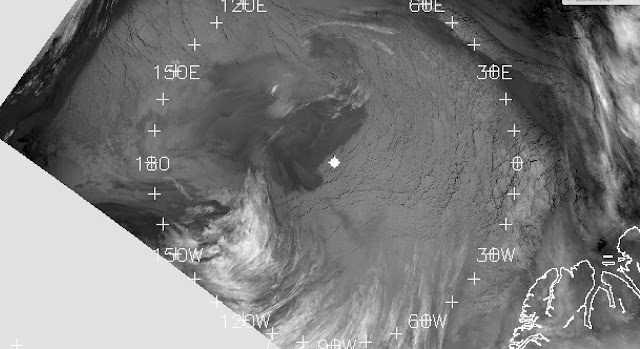 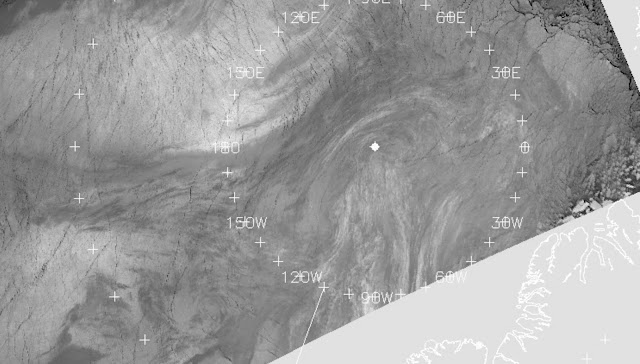 February 16, 2017,  NOAA 01:17:10 ir,  amazing display of many leads not particularly organized with the tide (in the past the only thing really breaking up thick sea ice regularly)  Interspersed and formed by wind/current/tide actions a feature of thinner sea ice.  The black leads of open water inject up to 400 watt/m2 sensible heat,  the coming cyclones cover the sky and shield this heat loss from escaping to space.  WD Feb 15, 2017
Posted by EH2R at 5:46 AM