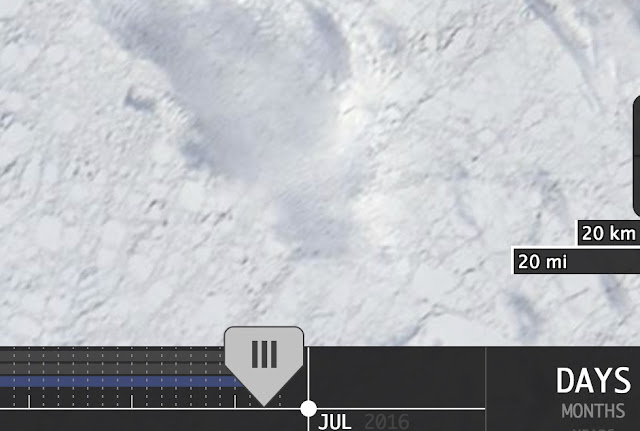 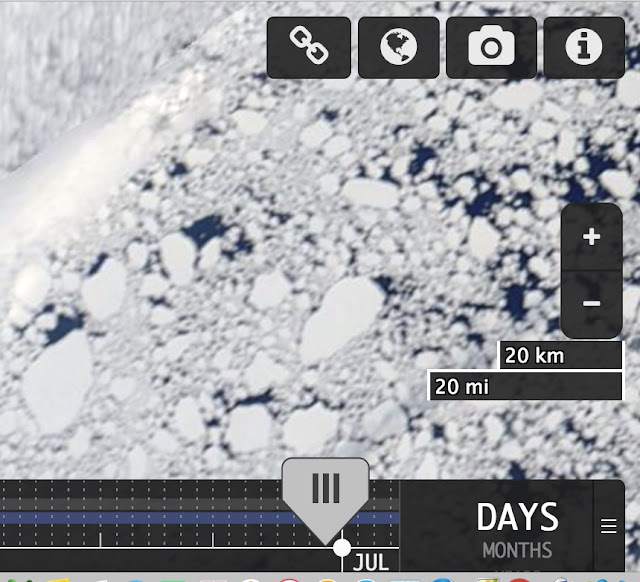 June 30 2013, same location,  offered a glimpse on the damaged caused in 2012 melt.  However,
the degree of open water caused by much thinner sea ice triggered what many contrarians deemed incorrectly  "a cooling" especially at minima mid September 2013, because substantially less ice apparently melted, not so, it was an extent calculation 15% problem.    This open water caused extensive Lows to penetrate and remain over the ice Pack throughout the summer.    Current situation in 2016 seems between a strong consolidated pack and a loose Cyclone-genesis driven summer.  The danger for 2016 sea ice is for less clouds to form at this time,  un-likewise 2013,  this is very possible. WD June 28 2016
Posted by EH2R at 9:17 AM