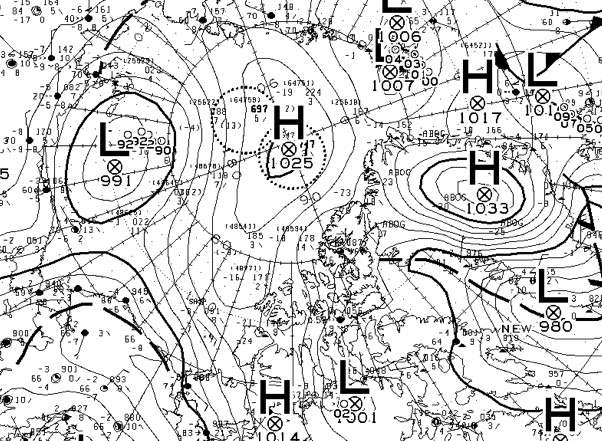 Temperatures colder than -15 C at the North Pole Area yesterday October 12 2015,
these are ripe temperatures indicating a complete freeze up of the Polar pack surviving last summers melt.  Most leads are frozen, new ones from sea ice movement freeze relatively quickly.  This North Pole anticyclone likely spawned by one large frozen pack like a Greenland High but at lower altitude,  indicates the beginning of winter which will spread Southwards more slowly except for Canada,  because of warm open sea water surrounding the pack.  Winter begins with a lot of resistance.  wd Oct 13 , 2015
Posted by EH2R at 9:32 AM