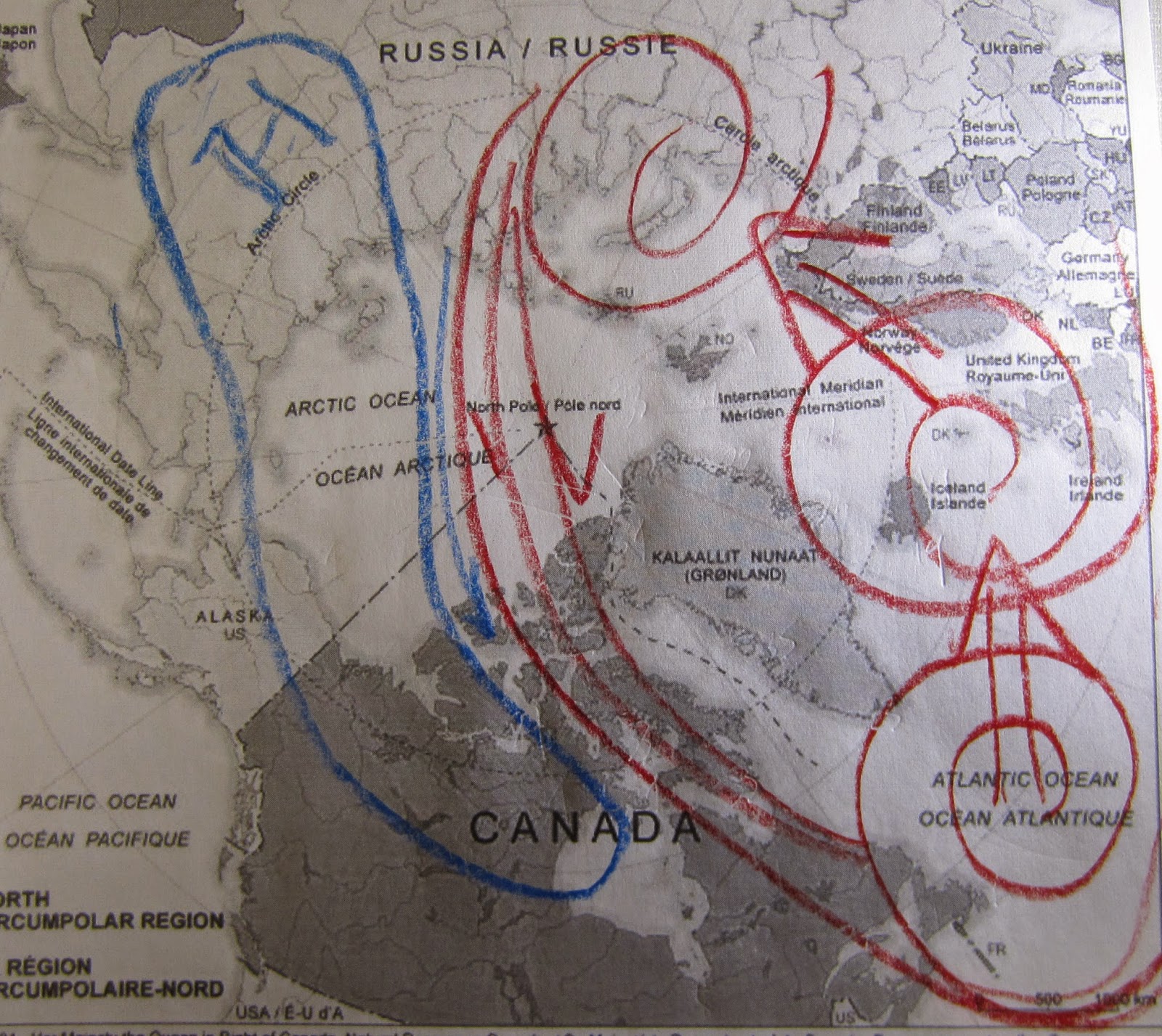 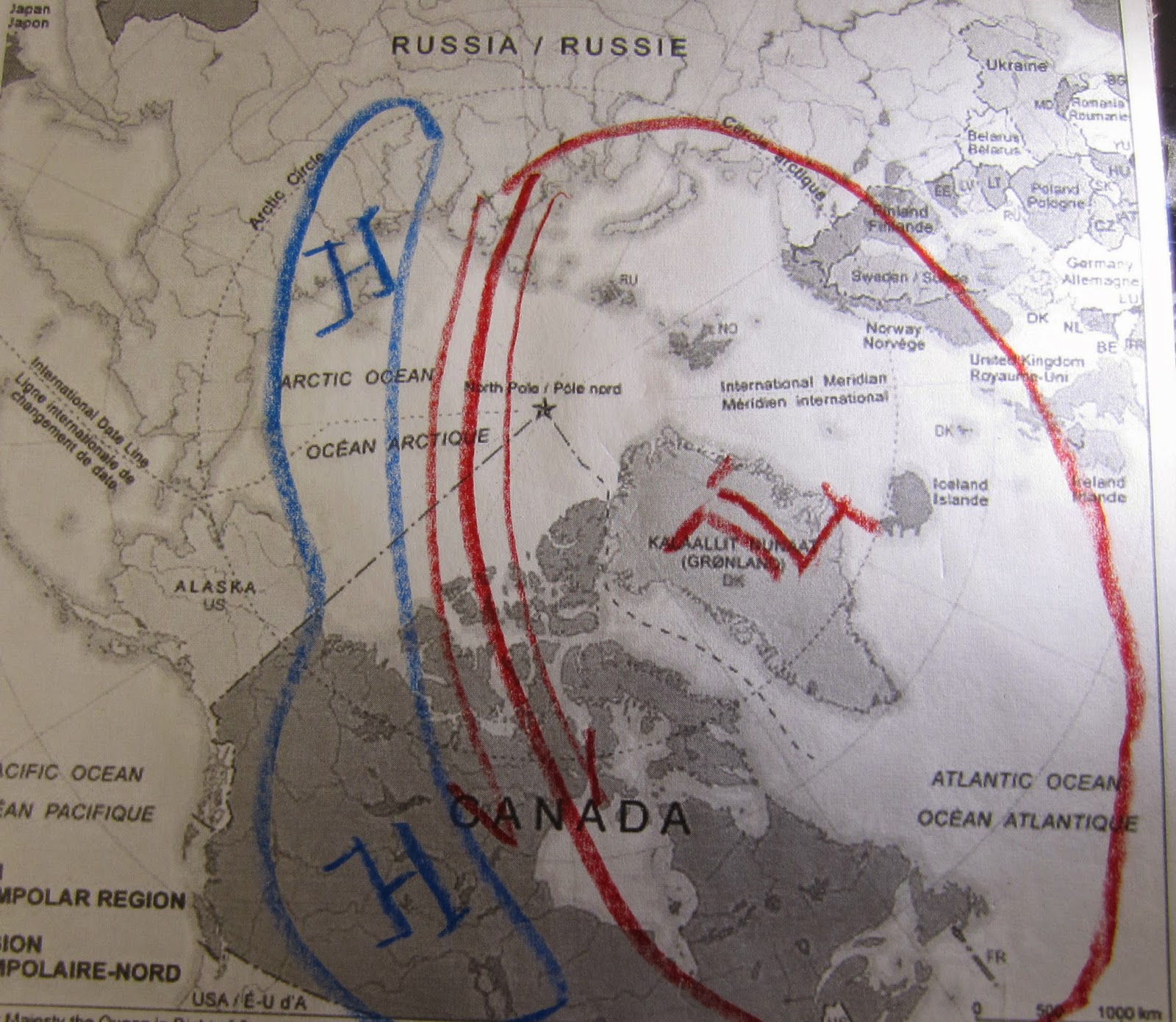 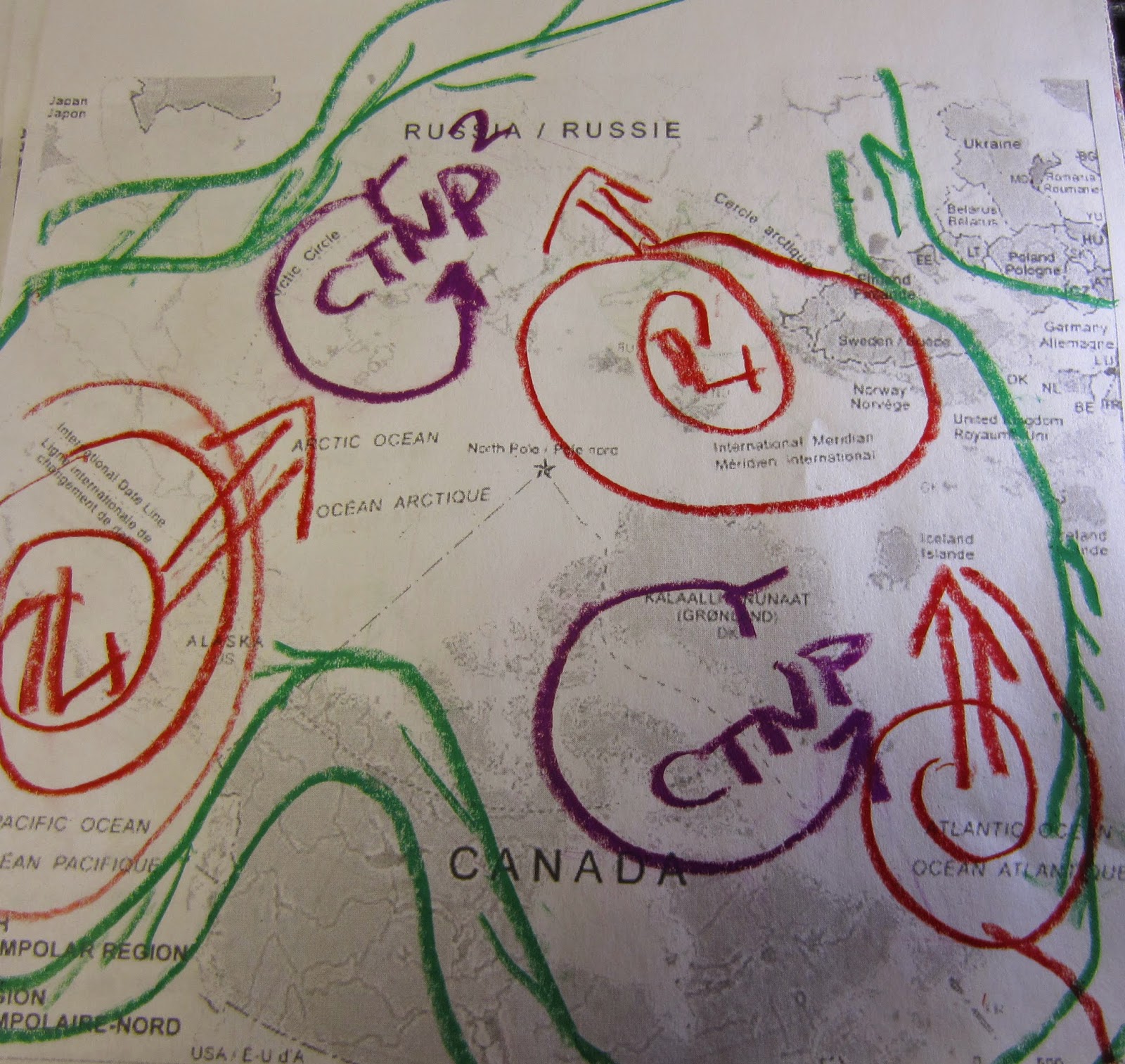 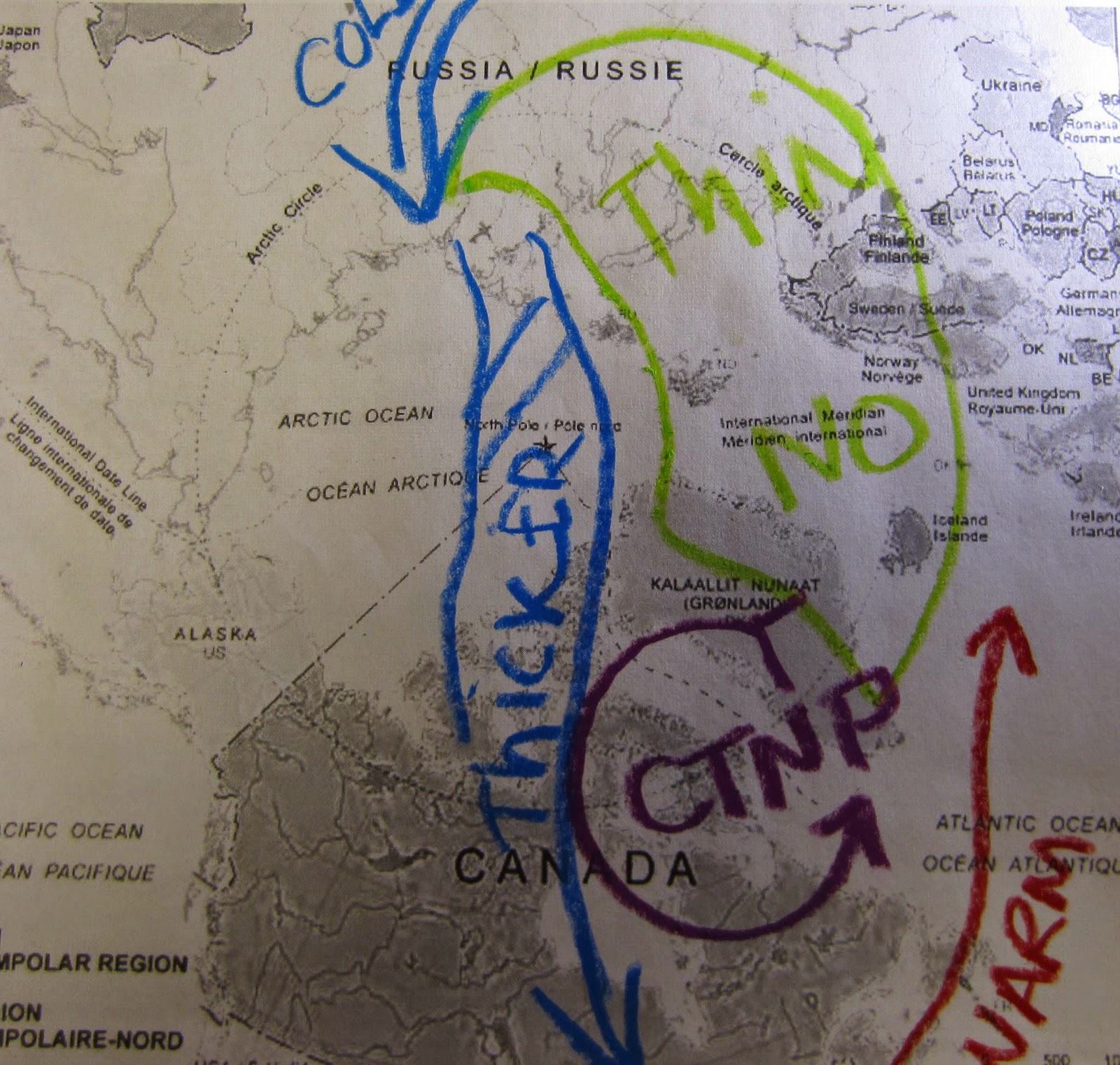 The location of the CTNP literally dictates weather and impacts climate in the long run, especially if it is steady in location . This winters imprint is already set, a large area of sea ice, roughly centered 90 degrees East and West longitudes should have thicker sea ice. This gives a familiar look reminiscent of 2007 minima ice bridge. The continuous circulation from Central Russia to Ontario also means much drier, less snow covering the ground or sea surface, this implies a very early melt where ice is thinnest. Atlantic Cyclones repeatedly ending near Novaya Zemlya kept more open water over the North Atlantic and Greenland sea, the lately created sea ice there will be much thinner and this affects the melting season outlook. Its the combination of the colder Arctic Archipelago, the thicker 90 degrees longitude sea ice and perennially cold in darkness Greenland which locate the CTNP North Hudson Bay. As Atlantic Cyclones continue foraging Northeastwards, there is no reason to believe that the jet stream and RRR will change in position soon. If there was more sea ice over the North Atlantic, the weather would have been dramatically different. But the steady nature of current circulation pattern has everything to do with the warming of the planet and more melted sea ice.. WD February 17-18,2015
Posted by EH2R at 11:10 PM