~Where all weather systems spins around it

~When it is weak,  hardly anything moves

~This highlights the importance of Arctic sea ice,  the world would be dramatically different without it.

Look carefully at GOES 16 IR system movements,  over Cuba and Gulf of Mexico the weather seems steady for a period of 2 days,  however over Hudson Bay the weather systems move a little more consistently Eastwards.  The further away from the CTNP the slower the circulation,   therefore this weather, as forecasted beginning of May here on EH2r,  has come through as expected.
Of which June 26 center of coldest air in the world is : 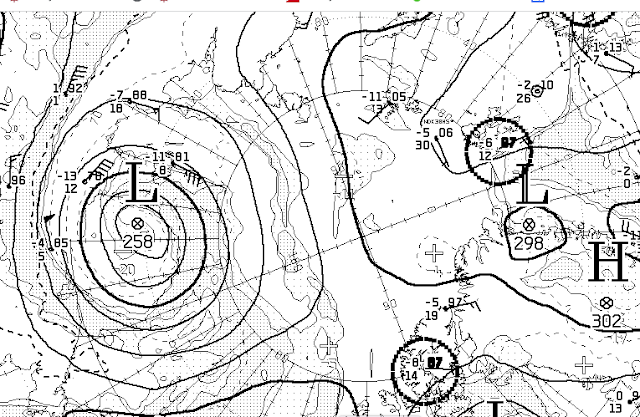 In the SE quadrant of Russia side of the North Pole,  as far from Florida as it gets,  this center wobbles
like a top on top of the world.   Influencing a temperature differential of far lesser  importance than during winter,  30 Centigrade less important while during winter this surface temperature difference is in excess of 60 C.   The weather systems slow move during summers,  giving either greater droughts or floods wherever the systems stagnate.  Absent sea ice the situation will be very much more severe,  Therefore a New World Weather order is rising,  not on Earth in millions of years,  when nothing much will move during summer,  causing the most severe extreme weather most humans may not desire.  So far sea ice is on schedule to be even less prominent,  slowly ,  summer by every next summer,  with the known consequences experienced all over the world.   WD June 26 2021