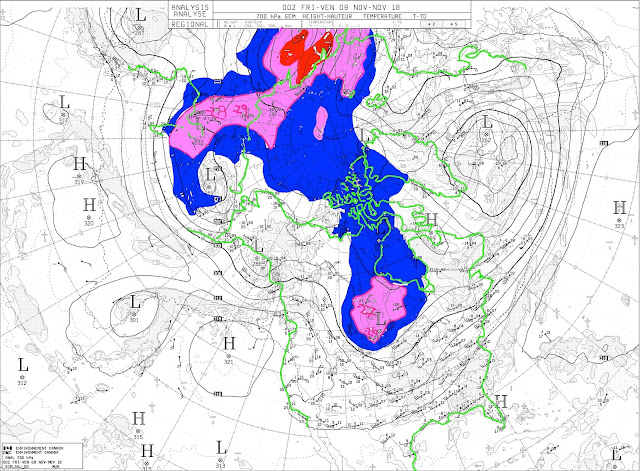 As far as sea ice is concerned,  it was to blame for this climate rearrangement.  In near total darkness CAA never really got a chance to go deep cold,  because there was no Arctic Basin deep long night enhanced cooling, stopped by unprecedented open water North of Greenland,  which became thinner,  but still  releasing more heat ,  contributing in tandem with a once near 1 million km2 square wider open water  heat release bonanza ultimately decimating the great North American Vortex of 2018 ,  it nearly lasted a year.    The current  pumping of Pacific blob sea surface heat is reaching to near Greenland,  greatly impeding a strong Canadian vortex to form.    This new climate scene will cause a different ice accretion geographic distribution,  already drastically warming Bering sea area, no accretion ,  and cooling further  the North Pole (needed accretion),    the latter has sea ice already in place,  the former has open water not to freeze so fast....WD November 9 2018
Posted by EH2R at 5:38 AM