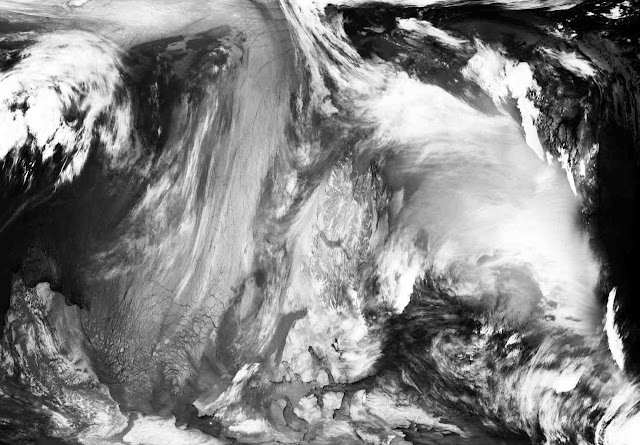 November 15 1999 RAW NOAA sat picture.   Note the vast areas of clear air, the beginning of a very strong Polar Vortex (PV).  With only 3 cyclones exceeding the Arctic circle,  this was well in the beginning of a more thorough sky clearance:

CMC NOAA capture November 15-16 2019,  hardly a sea ice surface seen,  with many cyclones,
some coming from the West Coast of Greenland to North Pole.  The forming cold zone of old would have never allowed this. 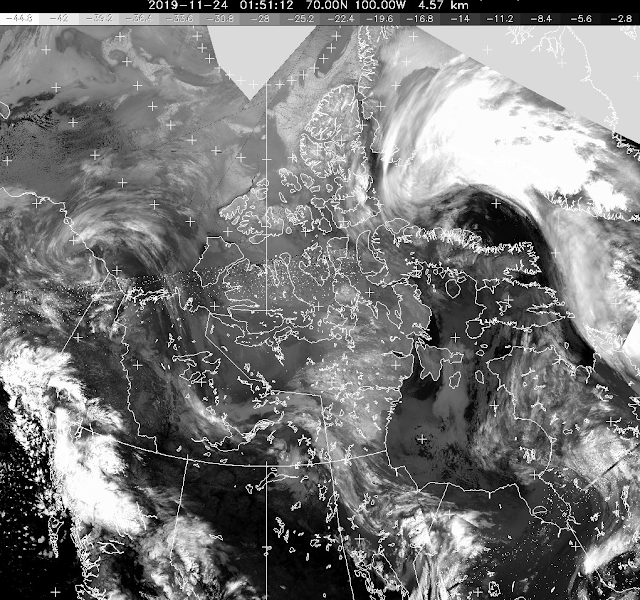 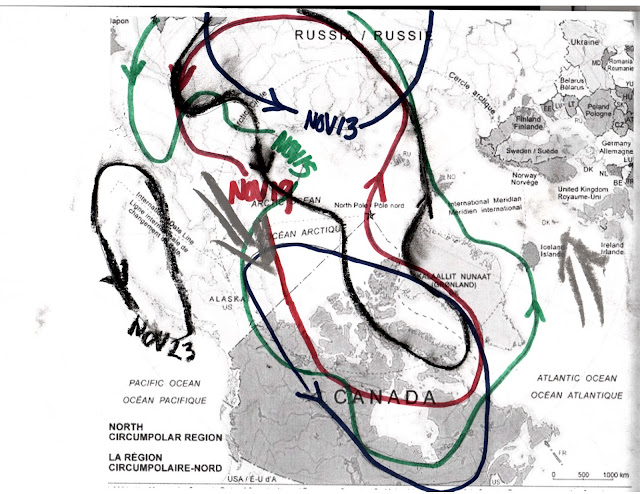 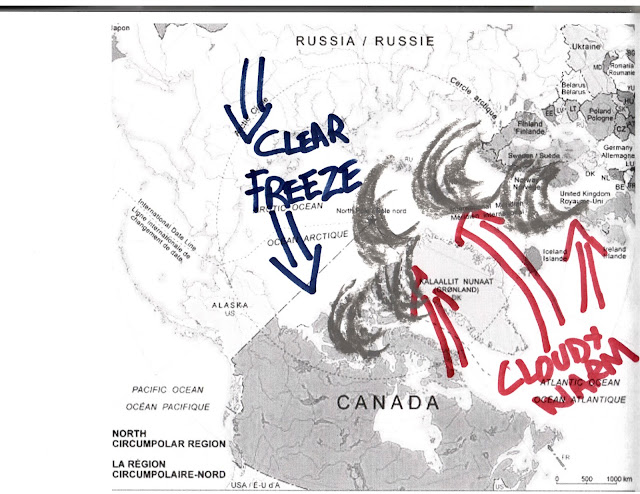 The shaping of weather to come,  with North Atlantic Pole sector to be having much less sea ice extent,  the North Pacific sector with more than last year.  The much diminished Polar Vortex bending more than being grand as it was in year 2000 winter,   Baffin Bay,  Hudson Bay late ice laggers by ever often encroaching cyclones.  Translation:
the elongated PV may be further to the West in North America and East in Eurasia.  WD November 24,  2019.