Thicker sea ice? Find where the snow was missing.

A very striking feature of sea ice topography at this melt season stage is the elongated Ice Bridge from  Komsomolet Island Northwards: 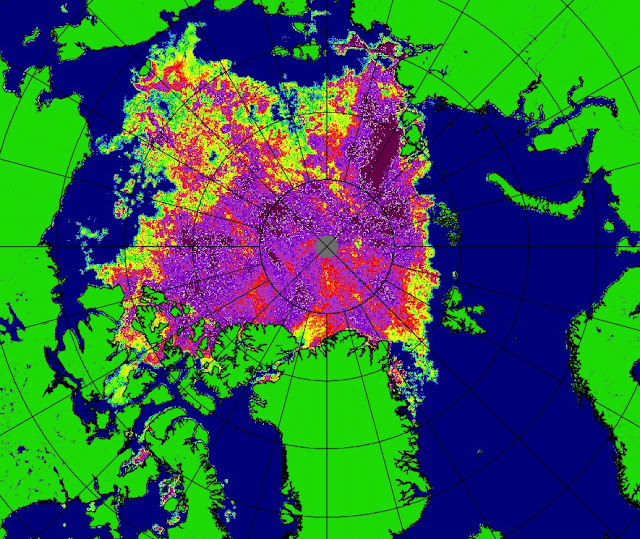 August 2 2016 JAXA,  The only unperturbed sea ice appears as an arm stretching to Russian Arctic in deep purple.  This is not a surprise,  over the last winter, the main dumping surfaces for North Atlantic moisture was The Canadian Greenlandic Sector,  leaving The greater part of the central Russian Arctic dry: 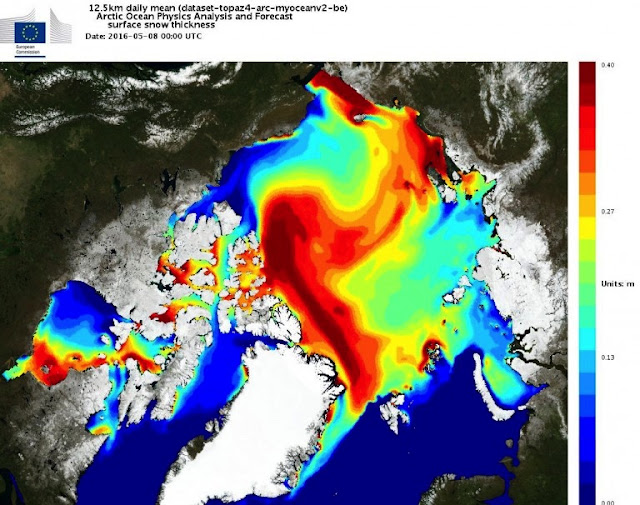 The best Arctic snowfall pattern depiction was made in Europe, Topaz 4 ,   find the same ice bridge,  created by winter's cold dark long night without a great snow cover.  Also take a look at where most open water is, especially away from sea shores.   In addition, the stubborn North of Wrangel Island sea ice panhandle can almost be depicted by this map.  Areas with more open water can be traced where there was more snow,  except for the Canadian Archipelago coast,  a very complex ridging zone,  where sea ice piles up due to Tidal action, however the sea ice there might just as well be thinner than expected,  because a greater snow cover decreases accretion.WDAugust 3,2016