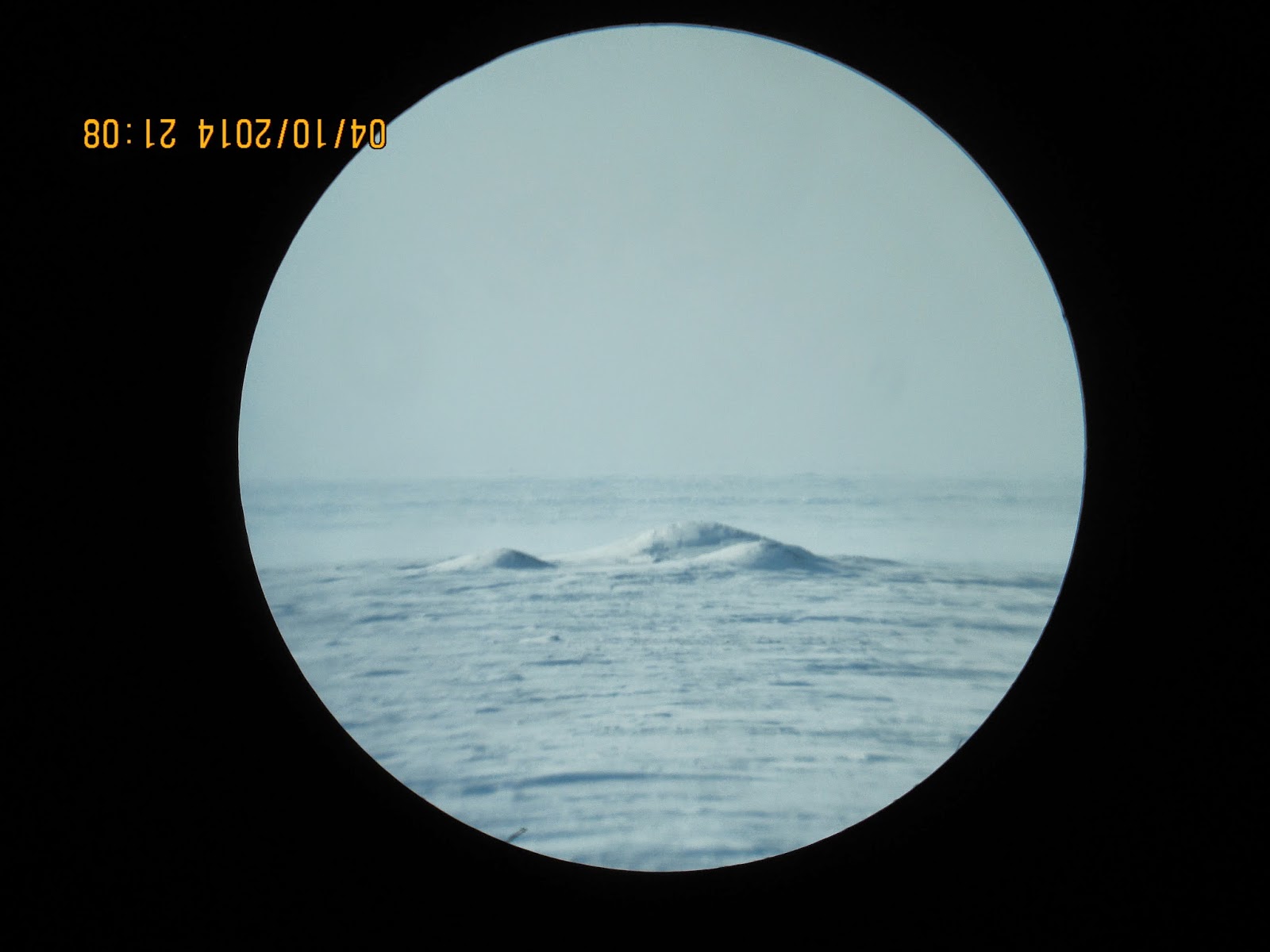 April 10 2014 ,  NWP sea ice horizon altitude was same as when surface temperature was equal to open sea surface temperature.  Top of sea ice was at equal temperature than the air right above,  this happens when sun rays combine with heat from underside sea water.  The ice underside melts while the horizon drops no more in altitude, this lasts  until sun beams become lower in the sky.  After that,   the horizon rises dramatically continuously till the next day usually past local apparent noon when the sea ice horizon starts going down in altitude all over again.    On April 14 actual underside melting was short lived,  an hour or so, the over all day had a strong net increase of ice thickness though.  When the horizon altitude appears at melting point for more than 12 hours,  the sea ice thickness starts to shrink from the underside.

Super warm 2010,   sea ice was much thinner,  and had open water leads during all ice months.


2013 ,  the winter of clouds continued into spring, at least on the Canadian side of the Pole.  Ice thickness was similar to 2011-2012.   Clouds enhance melting especially at night,  the combination,  sun at noon clouds at midnight enhance the thawing process. 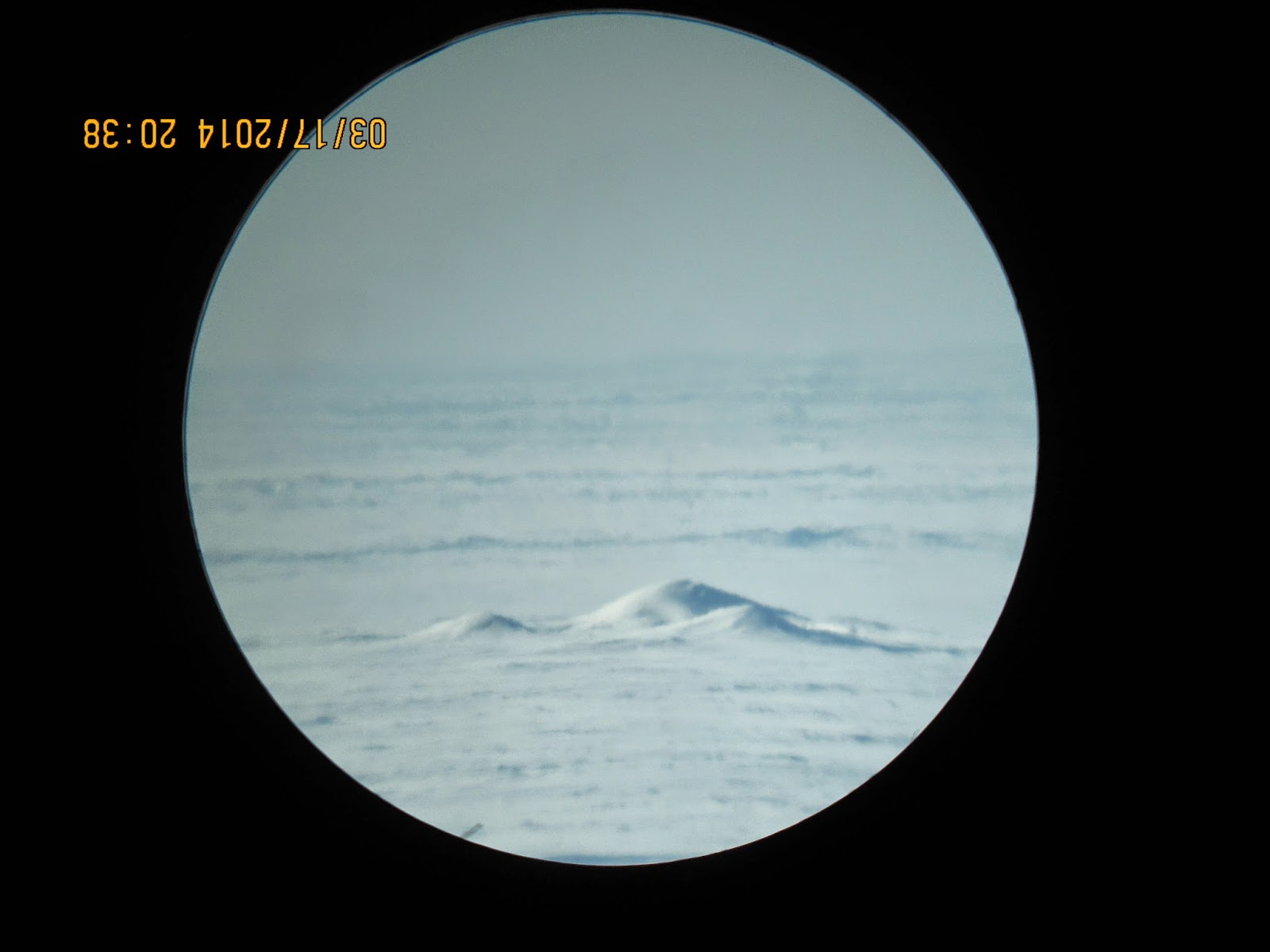 March 17, 2014 gave a completely different perspective.  The sea ice is thicker, the sea water under it is likely colder since summer and fall sea water temperatures never warmed appreciably due to continuous cyclone clouds and the scattered nature of the ice pack which never compacted over the Arctic Ocean.

2014 stands out very strange after more regular successive years,  but it is explainable.   Although the winter was warm for most of the Arctic Ocean,  the North American sub-Arctic was brutally cold.   This affected the Arctic Archipelago area to a great degree.  But we must go back to summer 2013 Arctic Cyclones pervasive presence which stopped the warming of the Arctic Ocean as with preceding recent years,  this allowed spreading out of loose pack ice to trigger earlier onset of fast sea ice in the fall.   The greater Pan-Arctic winter was mostly cloudier,  but without a great deal of precipitation in the CAA Arctic Basin area,  this made the sea ice even thicker during wind storms.  After end of long night, a short lived La-Nina partially triggered a cloud free period made even less cloudy by the thicker Archipelago sea ice area spurring the creation of consistent Anticyclones.  We are at this time experiencing the continuance of Anticyclones which favor ice accretion until the sun becomes too high in altitude.  There is evidence that the CAA will continue being pervasively anticyclonic until summer.  wd April 10-11, 2014
Posted by EH2R at 12:08 AM